The Kurt Vonnegut tribute anthology, So it Goes, mentioned in a previous post has been launched. It’s been out about a month and I’m just now remembering to post a notice about it. At any rate. It’s out now and you can order your copy from Amazon or B&N or Goodreads whichever is your book deliverer of choice. My story Megastar Hopper is in it. What’s more, there’s a podcast based on Megastar Hopper up at Youtube. Do try to consider making a trip to this content smorgasbord. 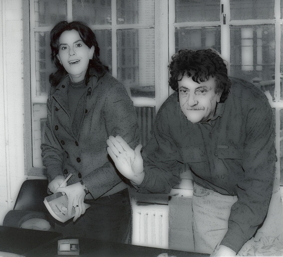 The folks at Perpetual Motion Machine Publishing (Max Booth III and Lori Michelle) have decided they love Kurt Vonnegut. In fact they love him so much they’re publishing a Kurt Vonnegut tribute anthology. And being in possession of fine taste and exquisite judgment, they’re including my story, Megastar Hopper.

That is cool on so many levels. First off, I love Kurt. But then, everyone does, so nothing unusual there. Further than that, though: me and Kurt, we go way back. All the way to the 90s when I had a part time job with a publisher on East 47th Street, over by Second Avenue in Manhattan.

You know where this is going because you know Kurt lived on 48th by Second Ave for a good portion of his life. It was inevitable that I would develop a relationship with Kurt being in such close proximity to him for a goodly portion of every business day.

Interestingly this Second-Avenue-47th-48th –ish neighborhood has many claims to fame besides Kurt. Sparks Steakhouse, where Gotti had Paul Castellano plugged, is on 46th between 2nd and 3rd.  And   the corner of 47th and First Avenue is where Donald plopped the Trump World Tower. You remember the controversy there. The neighborhood folks, headed up by Walter Cronkite, got pissed at the egomaniacal height of the building and started an anti-Donald’s-new-big-building campaign. Unfortunately for Walt et al., Trump had bought up the neighborhood’s aerial rights and easily won the suit. He’d also been in the business long enough to know who to pay off to get things done. So today 47th Street is blessed with what amounts to another of Trump’s big phal…nevermind. Just take a look at the shot on the right there  and come to your own conclusion.

END_OF_DOCUMENT_TOKEN_TO_BE_REPLACED

A Perfect You film

Check out the website for the short film by Sue Lange